Ride Summertime Rolls have an epic summer planned for you!

It's indicative of the sporting era we now live in that players simply can not play both at a high level given the scheduling demands placed on them.

Boshier established himself at No 8 in the Boys' High first XV.

Boshier does not have to look too far to see proof of that with Francis Douglas Memorial College old boy Jordie Barrett forced to choose the direction he has now headed since he burst on to the national scene.

A Taranaki men's cricket representative while still at school, as well as captaining the Central Districts Under-19 side last season, Barrett's future lies at the Hurricanes after he signed a two-year contract with the Super Rugby champions after just half a season with Canterbury in the Mitre 10 Cup.

Boshier's path is looking similar, although he remains grateful the time to choose remains some way off. 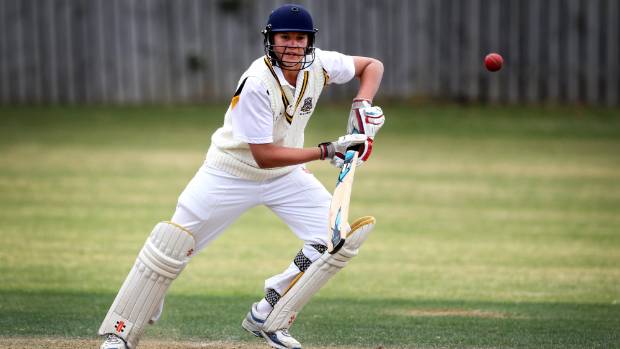 Rep and school coaches have been impressed with Boshier's talent at the batting crease.

Having already represented the Taranaki men's cricket side, as well as captaining the Central Districts Under-17 squad and being part of the Under-19 side at the national tournament at Lincoln, Boshier has this week been named in the New Zealand Barbarians rugby squad to play internationals against Australia and Fiji.

The opportunity to trial for the New Zealand Schools team, that will feature team-mate and hooker Bradley Slater, came as a surprise for Boshier who had resigned himself to thinking his rugby season was over after he co-led Boys' High for the last time just a matter of weeks ago.

The rangy No 8, who has converted himself into the loose forwards after initially playing at lock, said it has been a "pretty full-on" period as he juggled more rugby training with net sessions with the Taranaki cricket squad and the book work needed to polish off his NCEA qualifications.

He says the chance to put yourself forward at any national rugby squad was "a pretty good opportunity" which he planned to put everything into before the whites are brought out of the drawer and the cricket season starts in earnest a week later.

Although his time in the first XV has ended, he has left a lasting impression on coach Daryl Lilley.

"He is young compared to the rest of the boys in his year," Lilley says. "When he was Year 11, he was still eligible for the under 15's so he decided to captain that team instead of playing with all his mates. That says a lot about him as a person, he's pretty selfless."

Lilley says in 2016 when Boshier  was picked in the first XV from the Under-15, the coaching staff wondered whether on not he was ready.

"It was very evident after his first game he was ready and also was going to be a very influential player," Lilley says.

"Over the last two years he grown physically and developed into an outstanding leader. He has an amazing understanding of the game.

"He likes to be well prepared for the next challenge and spends hours on our analyse system reviewing our games and previewing future opponents. He has all the ingredients to be a professional sportsman whether it will be rugby or cricket."

Boshier has been playing the codes for as long as he can remember growing up on a farm near Auroa before the family moved to New Plymouth in 2011.

The younger brother of Taranaki and Chiefs loose forward Lachlan, Boshier, 17, soon learnt how to handle himself on the backyard where he gave up size for a few years.

As for the cricket, he simply says he loves batting.

The right hand batsman, who can also bowl his share of medium pace, says he rated their Super 8 campaign last season, when they finished runners-up, as a highlight of his time in the school's first XI while he also has some unfinished business before he leaves and moves on to a club.

"I want to put my name up on the honours board a few more times. I"m up there four times now and the goal is at least seven. I think Martin Donnelly got up there eight times for his batting."

His debut for Taranaki against Wanganui late last year was everything he thought it would be while the standard at the national under-19 tournament showed him that national selection in the future was possible if he continued to put in a massive amount of application.

"Next year is world cup year [in New Zealand] so I've got my eyes on that."

Selection in that side might tip the scales to which sport Boshier ultimately ends up focussing on but for now his attention was finishing off school while trying to put the best he can into cricket and rugby.

"Some days I've got three or four trainings a day, so it gets pretty tricky. But I enjoy it because of the rewards at the end of the day, really. In a couple of years time I might really see the rewards or I might not so I just have to give myself the best opportunity I can right now."

As for a career away from sport, Boshier said long-term he has thought long and hard about joining the police but he hoped to do a trade apprenticeship before considering that.